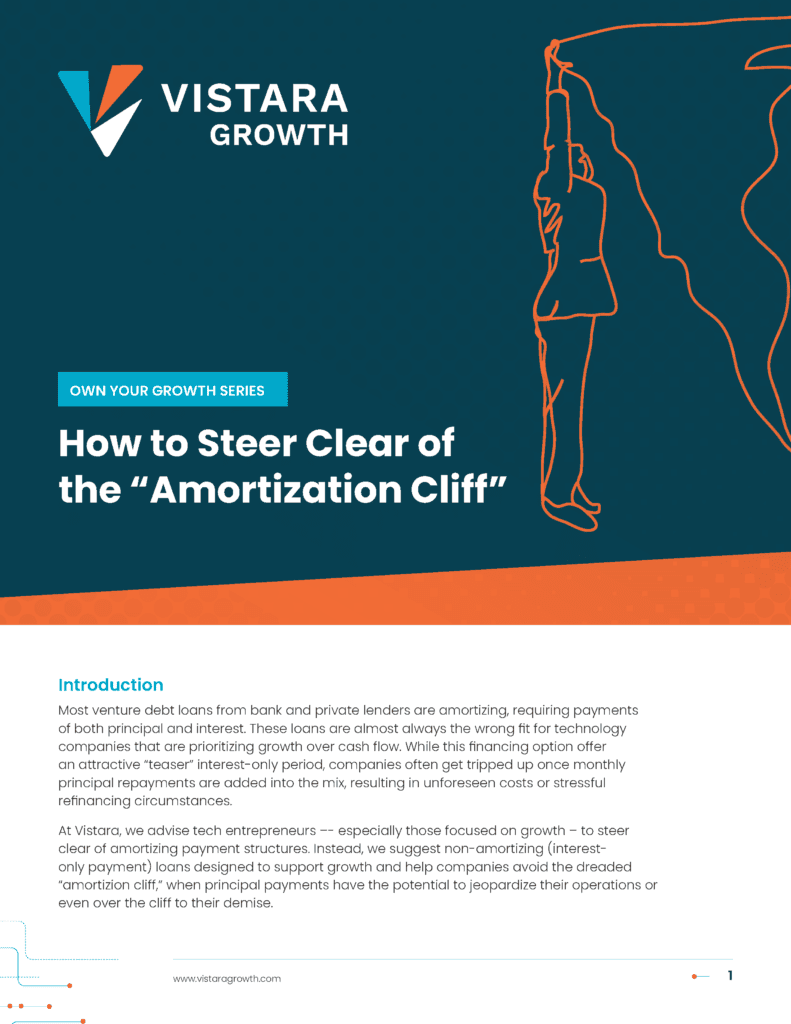 How to survive the tech company ‘Turtle Hurtle’

Before the rise of internet “fail” videos, we got our kicks watching obstacle course competitors humiliate themselves on TV shows American Gladiators, Wipeout, Most Extreme Elimination Challenge (MXC) and Takeshi’s Castle.

One classic Takeshi’s Castle challenge called the Turtle Hurtle had contestants take a running start from a solid bridge before racing across a pond on the back of wobbly imitation turtle shells, all while a game show host tries to tackle the contestant from behind.  Most contestants eventually faceplant from exhaustion or from being tackled.

In the tech financing world, the Turtle Hurtle is a lot like an amortizing term loan, where a “teaser” interest-only period is the running start, while monthly principal repayments are the precarious turtle shells.  Many contestants get tripped up by amortization payments and cannot stay ahead of their burn rate, and… faceplant!

Sadly, amortization has eliminated the entrepreneur-player, so we say, “don’t hate the player, hate the amortization game!” Unfortunately, the vast majority of “venture debt” loans from both bank and private lenders are amortizing, and are almost always the wrong fit for technology companies that are prioritizing growth over cash flow. Our advice to entrepreneurs is to avoid amortizing payment structures altogether (several funds including Vistara provide non-amortizing loans) and avoid the dreaded “amortizing loan faceplant.”

When building new products and acquiring customers, few growth-oriented tech companies generate positive cash flow, but rather, “burn” (we prefer to say “invest”) capital, often measured as a monthly “burn rate.”  This burn rate typically consists of predictable expenses, such as salaries and rent. For companies with loans, this also includes monthly interest payments.  But sometimes, out of nowhere, you may get SIDESWIPED (coincidentally, also the name of a challenge on American Gladiators) with something unexpected, knocking you off course.  That untimely increase in monthly expenses is often due to the onset of amortization payments, what you’ll hear referred to as the “Amortization Cliff”.

Not quite as scary as a greased up Gladiator, but a cause for concern nonetheless:

There are very practical reasons to be against amortizing and other shorter-term debt instruments for tech companies – it actually doesn’t fit their business model.  It takes years to develop a software platform.  Even after reaching product-market fit, with strong SaaS unit economics, investment in sales and marketing (Customer Acquisition Cost, or CAC) only “pays back” via subscription fees (Customer Lifetime Value, or LTV) over a number of years.  Yet, most “venture debt” is either an annually revolving credit facility (matures and must be renegotiated every 12 months – more on that a bit later) or is term debt that only offers 6, 12, or maybe 18 months of a “teaser,” interest-only period.  Companies and their venture equity backers want to make big, long-term bets, and worry that if a company takes on short-term debt, it will potentially lead to short-term thinking, a dangerous mismatch of expectations and objectives.

Let’s consider a nicely growing subscription software company that is generating $1M per month in revenues ($12M ARR) and has $12M of debt – on the high end of leverage, but not uncommon. Its last financing was 12 months ago, and there is now $3M in the bank, with a current operating burn rate of $500K per month (i.e. 6 months runway while the company negotiates its next financing round – a bit tight, but also not an uncommon scenario).  The venture debt loan offered 12 months interest-only at very attractive rates, but followed by amortizing payments over the following 24 months, or another $500K per month.  As a result of amortization, cash outlay has now doubled to $1.0M, and runway is halved to only 3 months. Yikes, what a difference!

This company should have clearly either avoided this structure to begin with, or headed off a refinancing risk many months prior.  During long bull markets, tech companies become accustomed to easily renewing and increasing their credit facilities or refinancing before the teaser period ends as they reach the Amortization Cliff.  Until recently, companies assumed they could simply raise new equity at regular intervals, banks would compete for the new loan, and they would never have to do the dreaded Turtle Hurtle.  Unfortunately, there always seems to be a surprise shock that makes it difficult or unattractive to raise new equity with only a few months of runway.  Most recently, this shock took the form of the COVID-19 pandemic, but quite often, it is something more commonplace, such as slower growth because of a delayed product launch or higher than expected customer churn.

In such a case, that cheap “bridge” is actually a pier, and often at the worst possible time.

Is it a Marathon or a Sprint? The Real Cost of “Cheap” Debt

Responsible CFOs will always assume longer than forecast customer payback periods, higher than forecast churn, and even delays of customer payments, causing them to “reserve” an amount of cash against the loan balance from day one to ensure that they can meet amortization payments in all cases.  We have seen CFOs reserving 6-12 months of amortization payments, which would represent 50% of the entire loan in the example above.  Reserved cash is never invested and therefore never earns a return. If a company only invested at most 50% of a loan, that “cheap” 6% interest rate cost at least 12% on the capital actually deployed!

Not only does capital not get put to useful work, but planning for the inevitable Amortization Cliff often leads to loan amendments with an existing lender or refinancing with a new lender.  Both involve legal expenses and lender fees. As a venture debt contract might say, “these fees can include but are not limited to, prepayment fees, make whole fees, commitment or structuring fees, collateral audit fees, issuance of additional warrants, and other costs at the discretion of the lender etc., etc….”  It may also include require changing banks and moving all bank accounts.  This is not only a costly distraction for the CFO and company finance team, but usually involves other members of management as part of moving to the next round in this game.

Though many amortizing term loans technically have 36-60 month maturities, they tend to get refinanced not at maturity but ahead of any amortization, or every 12-18 months because of the mismatches with business model and cash flows mentioned above. Behind closed doors, many venture lenders assume amortization payments will cause so much friction it will be the catalyst for repayment of the entire loan either at or soon after amortization kicks in – this is in the lender’s interest, but certainly not in the company’s.

Frantically jumping from loan to loan, and/or bank to bank, the CFO’s job brings to mind the Skipping Stones challenge in MXC:

If you put an appropriate price on internal time, and after including all the additional fees and expenses, that 6% loan might actually be costing you 15-20% while pinching cash flow and dealing with other restrictive covenants.  Our experience is that fully non-amortizing loans are not only more growth-oriented, giving companies and investors much needed peace of mind, but in the long term, they also prove to be much more cost effective.

Our former article on company-lender product-misfit further details why a cheap looking loan can be like cheap software: not scalable, a distraction, and ultimately, more expensive.

The Highlight Reel:A Real-Life Story of How a Savvy CFO Evaluated Non-Amortizing Loans and Looked Like a Hero

One of the deals we completed last year was with a CFO who initially had difficulty convincing his board of directors of the value of a non-amortizing loan from Vistara Capital versus the company’s existing bank.  Like the example above, the company’s ARR is approximately $12M.  The bank offered the typical combination of annually renewing credit facilities and amortizing term loans, but the CFO had run the Turtle Hurtle in the past, lived through several financing crises, and did not want a loan that could potentially knock the company off course.  He negotiated with several “venture debt” lenders before settling on Vistara Capital’s form of “growth debt”.  At first, his board thought our loan looked “expensive” compared to the bank deal, but fortunately, they eventually trusted his experience and instincts.

When COVID-19 struck, the CFO heard many stories from other finance executives of nervous lenders pulling term sheets, finding excuses to restrict additional credit, and refusing to extend interest only periods to try and force full repayment of the loan.  Having secured more capital with minimal dilution and no principal to repay for a full 36 months from a long-term growth oriented partner, the CFO looked like a hero to his board and other CFOs, proving that what initially looked expensive was actually of great value.

Post-Match Recap: When to Use Amortizing and Non-Amortizing Loans

We know that keeping up with amortization payments is simply not a reality for companies that are prioritizing growth over cash flow, as most tech companies are until they reach a much larger scale. So when does it make sense for a company to take on an amortizing loan?

For cash flow positive companies that can comfortably pay down debt with regular cash flow, amortizing loans make perfect sense. The same applies for companies with high confidence that they are on the cusp of significant and sustainable positive cash flow.  It maybe also make sense for companies who intend on raising large rounds of new equity every 12-18 months, though we submit that relying on new equity to avoid the amortizing loan faceplant is a dangerous game, not to mention another part of the game called dilution!

For companies with a burn rate that are investing significant capital in the name of growth, amortization payments are a fundamental mismatch to their business strategy and cash flows.  We also believe it contradictory to select a partner that wants to provide less capital over time rather than provide more with growth.  Tech lenders should also look to allow companies to access more capital as they reach certain growth milestones, not less by clawing back principal via amortization payments. This will be topic for a future blog post.

Thanks for tuning in, and remember, don’t hate the player, hate the amortization game!

Looking for Debt or Equity Funding?

Read our case studies to learn how our flexible and tailored growth capital solutions have helped our portfolio companies. 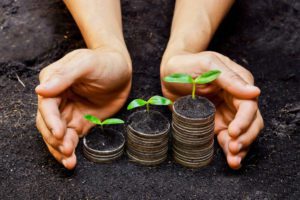 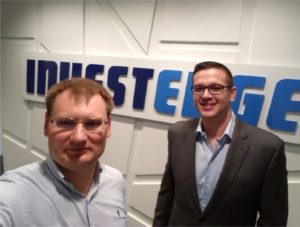 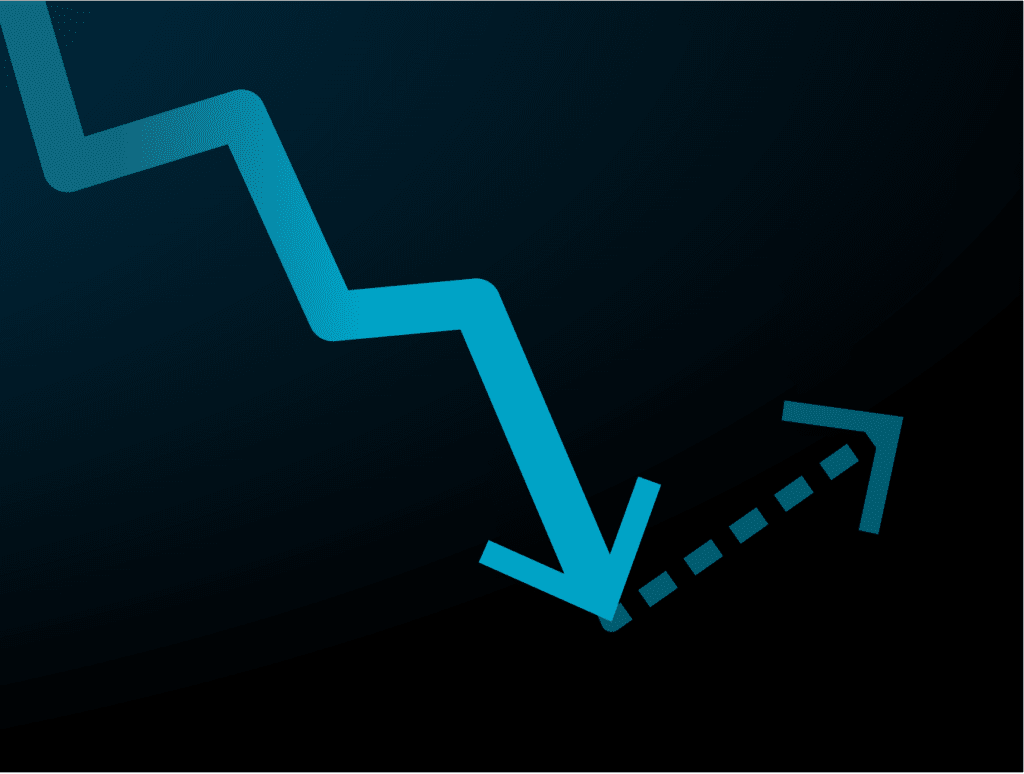 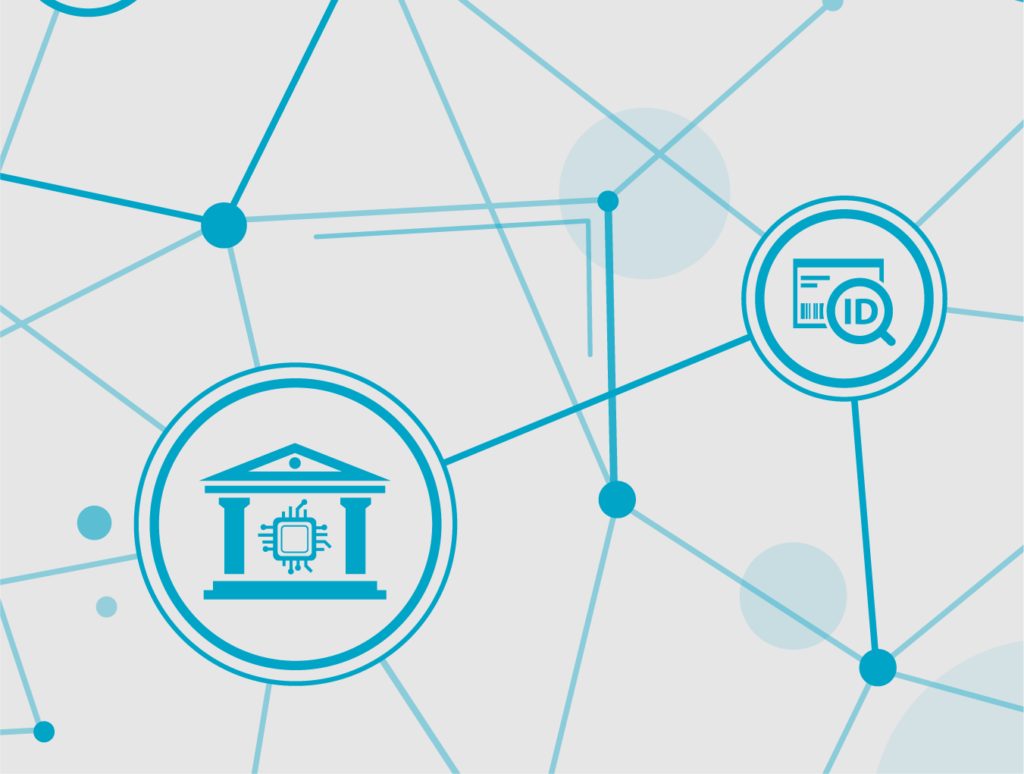 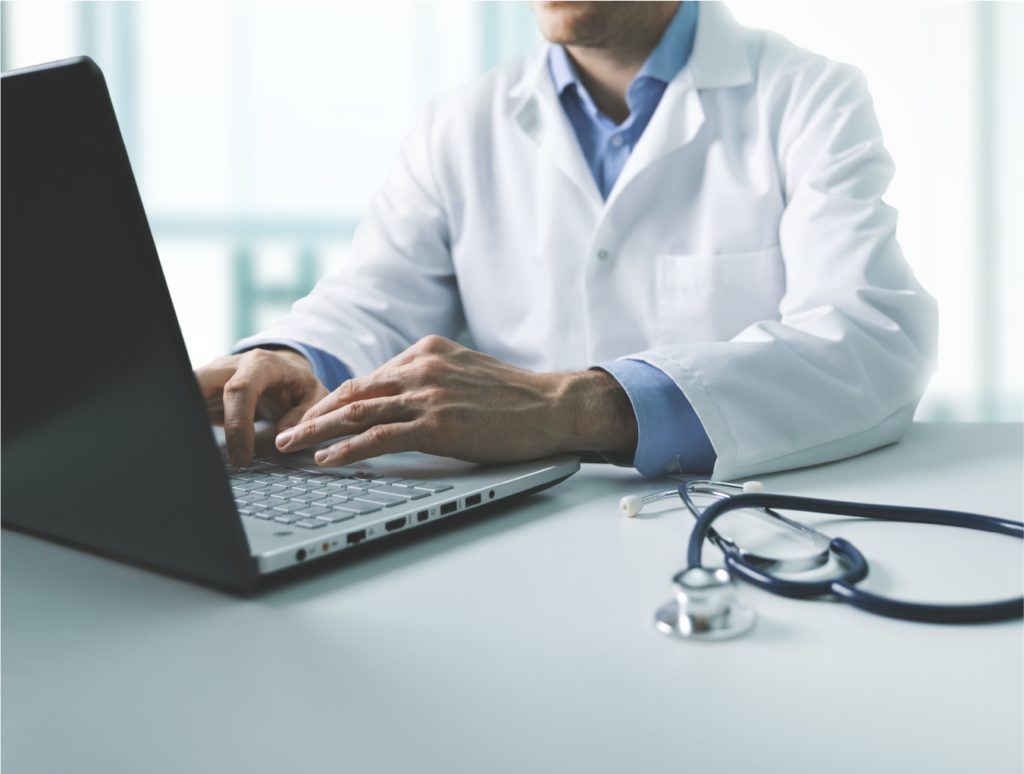 Innovation and Digitization of Healthcare Accelerated by the Pandemic 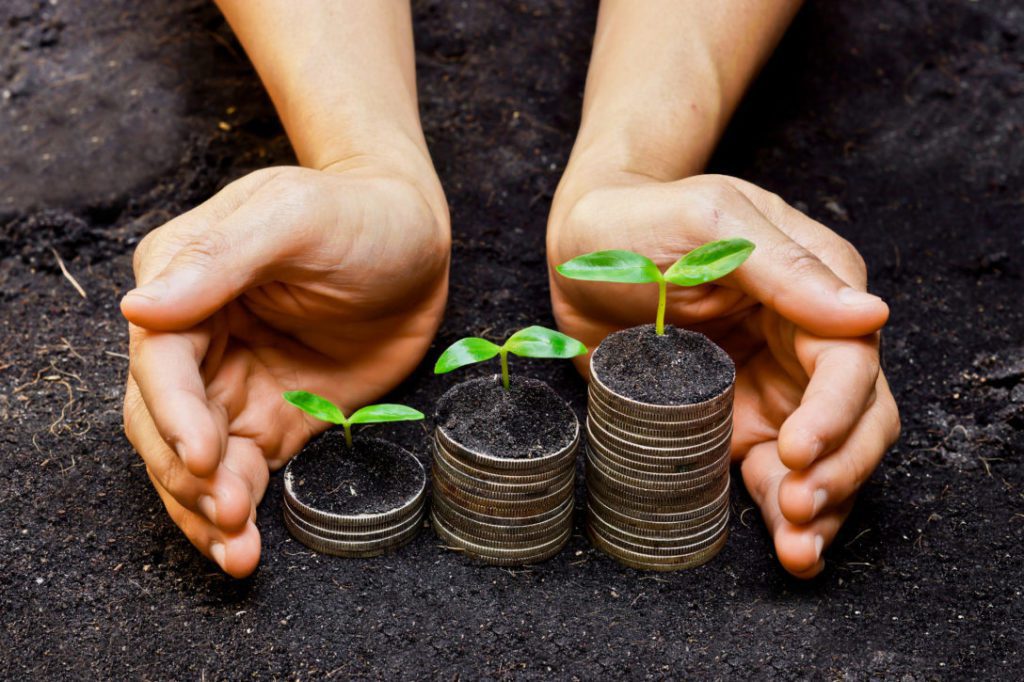 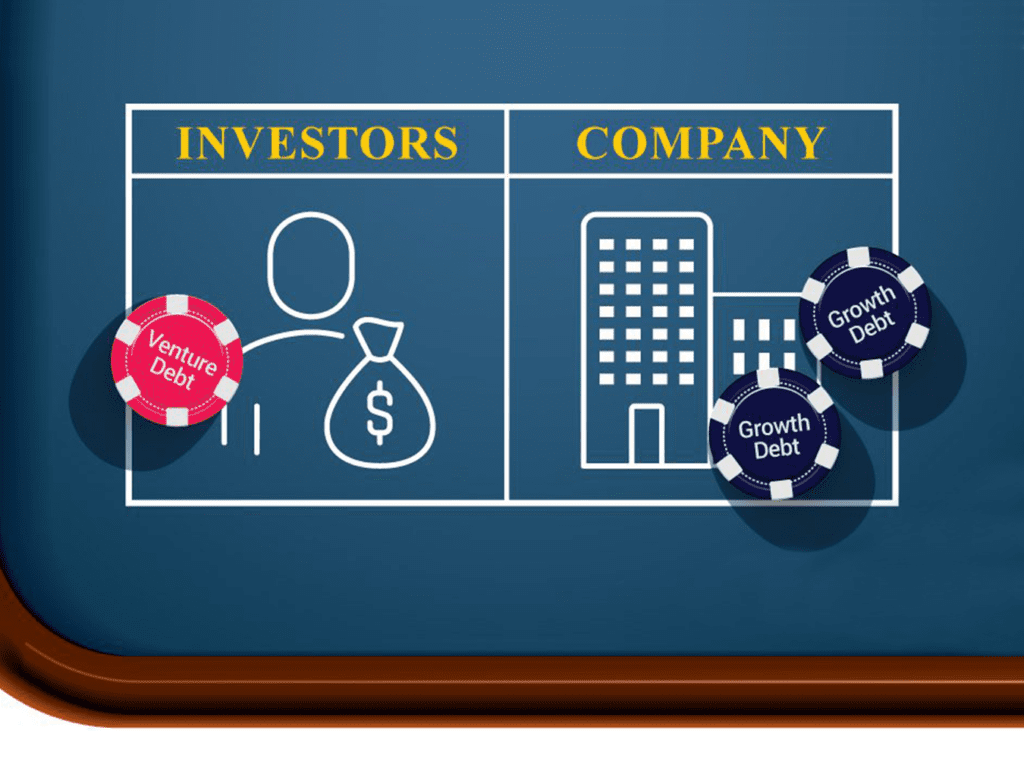 Growth Debt vs. Venture Debt: Betting On Companies vs. Investors 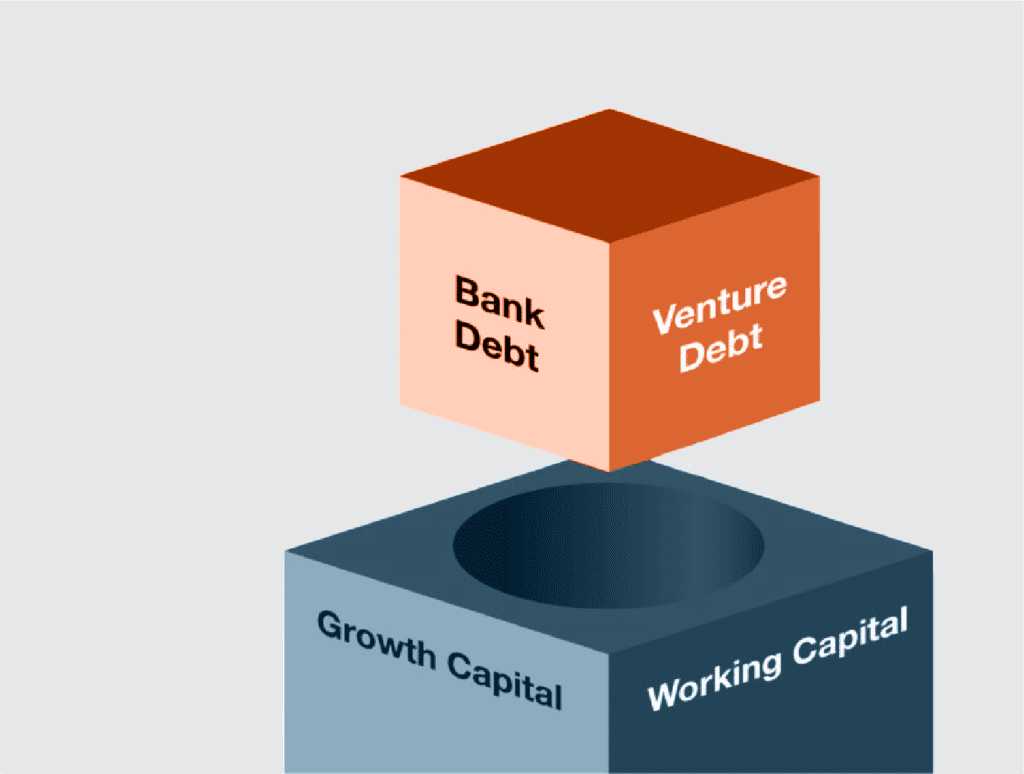 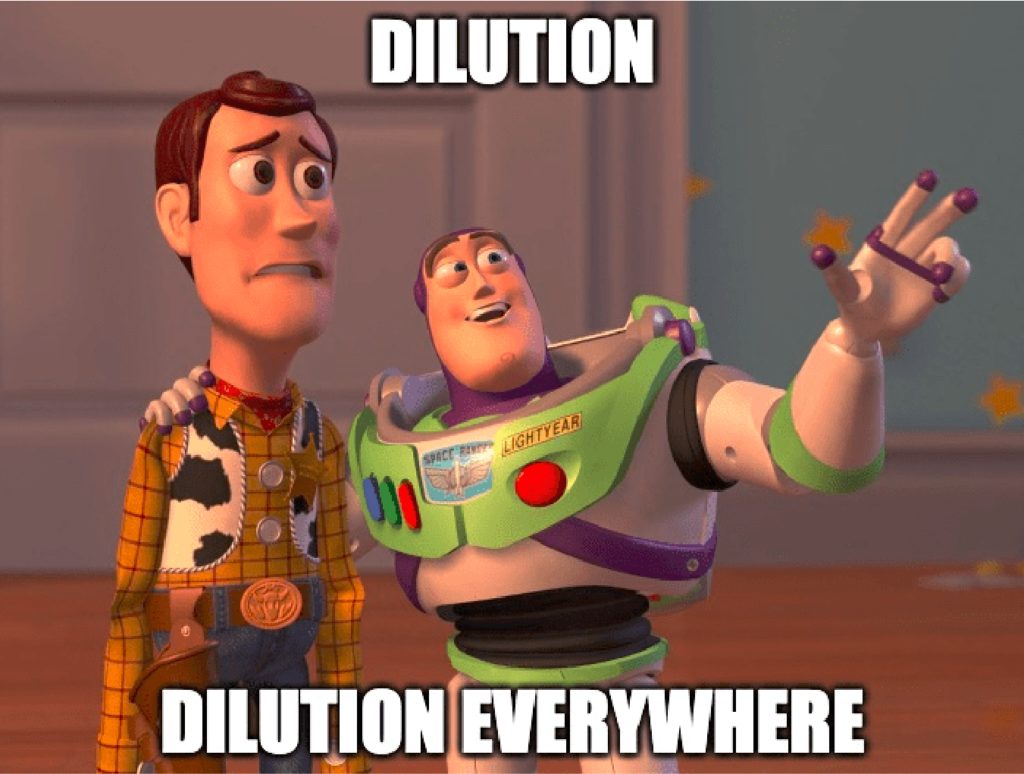